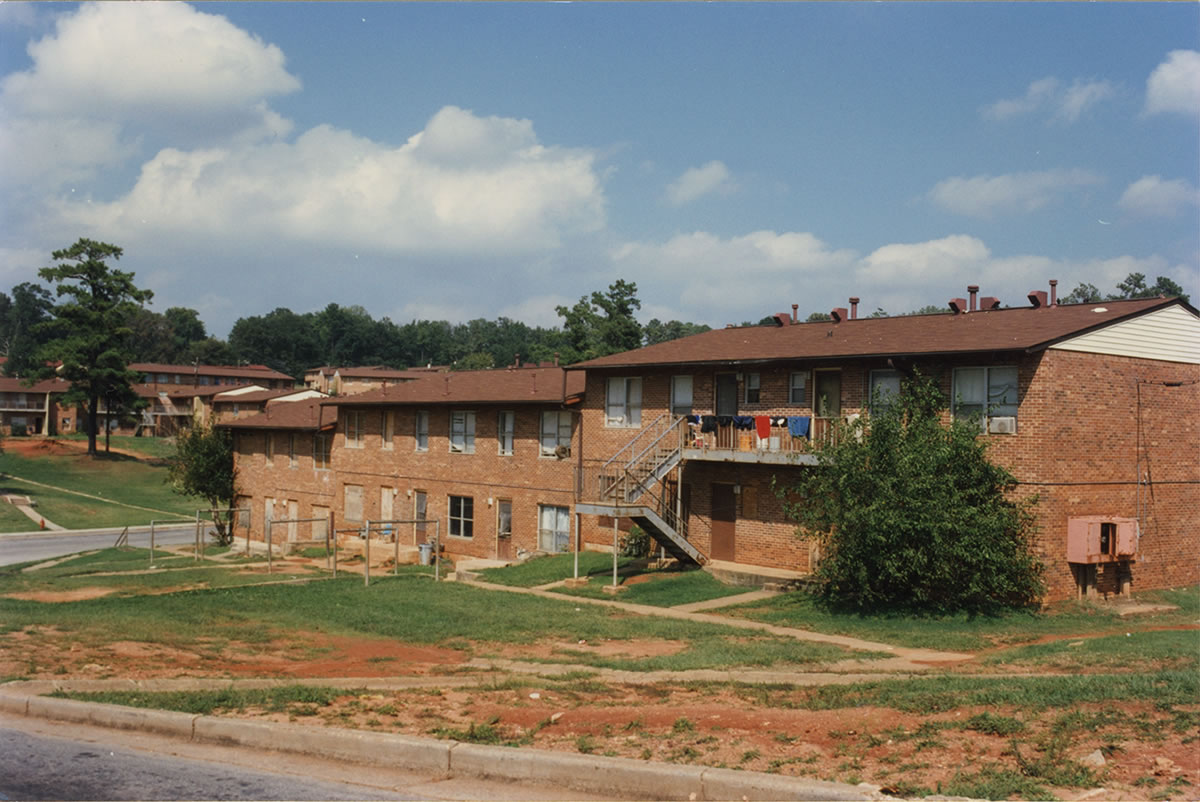 I came across this story and had to share it because of how applicable it is to human-centered design and user experience work. (Plus, it’s just a great, human story.)

One of the poorest and worst performing elementary schools in Georgia had lots of problems. In addition to low test scores, another problem was massive turnover – for example, a second grade class might see 40% of its students leave during the school year.

One person dug to find out why the school was a revolving door for struggling kids. He learned that 95% of the students lived in the apartment complex across the street – Section 8, subsidized housing with terrible living conditions.

Families were leaving not because of the school, but because of poverty and bad housing conditions. They had to move on from ceilings falling in, appliances that didn’t work, issues that were never fixed no matter how much they complained.

The solution? Bring a lawyer into the school to work pro-bono, represent the families in court, and get their housing issues resolved. In the first year of the program:

It’s a great example of how anyone can come up with an innovative, highly effective solution to problems in the human experience – simply by caring enough to dig deeper and find the real problem, rather than run to an familiar solution or ‘quick fix.’

1. The non-obvious, root problem was found by one person getting curious about the human situation, and then building empathy with their individual plights.

UX principle: human empathy combined with intellectual curiosity is a magical one-two punch. One without the other is less than half as effective.

UX principle: understand the full, end-to-end, human experience. Understand that a problem typically manifests itself far from its roots.

3. Upon hearing about poor kids performing badly in school, my first thought was not “hire a lawyer to fix their housing problems.” That wasn’t even on my radar. Any number of ‘innovative’ educational approaches would seem to be the obvious way to tackle this.

UX principle: your first solution probably isn’t the best solution. It might not even work at all. Dig deeper and pursue non-obvious solutions.

4. It’s obvious that this lawyer helped the kids do better because test scores went up. But think about who else was helped: parents, teachers, school administrators, mentors, the entire community.

UX principle: think about the broader impact of solving a problem for the user / customer. Who else will be affected, and how?

5. Throwing money at this problem didn’t solve it. What did? A qualified, compassionate professional with the right skills volunteering their time.

UX principle: never give up on a problem due to lack of budget. You can do a lot more than you think to help people for free (or very cheap.)

6. Government didn’t solve this problem. (Government was supposed to help by providing affordable housing in the first place, but they failed. One could argue government hurt more than helped!) Amazingly, one ordinary person stepped in and made a huge impact.

UX principle: don’t wait for a giant, impersonal, bureaucratic force to solve human problems. Find the right people who are close to the problem area, and seek solutions at ground level.

7. One response to this kind of problem is, “well, why don’t those people get a job and find better housing. They need to pull themselves up by their own bootstraps instead of looking for a handout.” That’s an awful, ignorant, unsympathetic response, but it’s sadly how many people of privilege would think, even if we might not say it.

UX principle: never blame the user. Assume you have a privileged point of view, and they really do need your help.

Here’s the full story as reported by CBS: